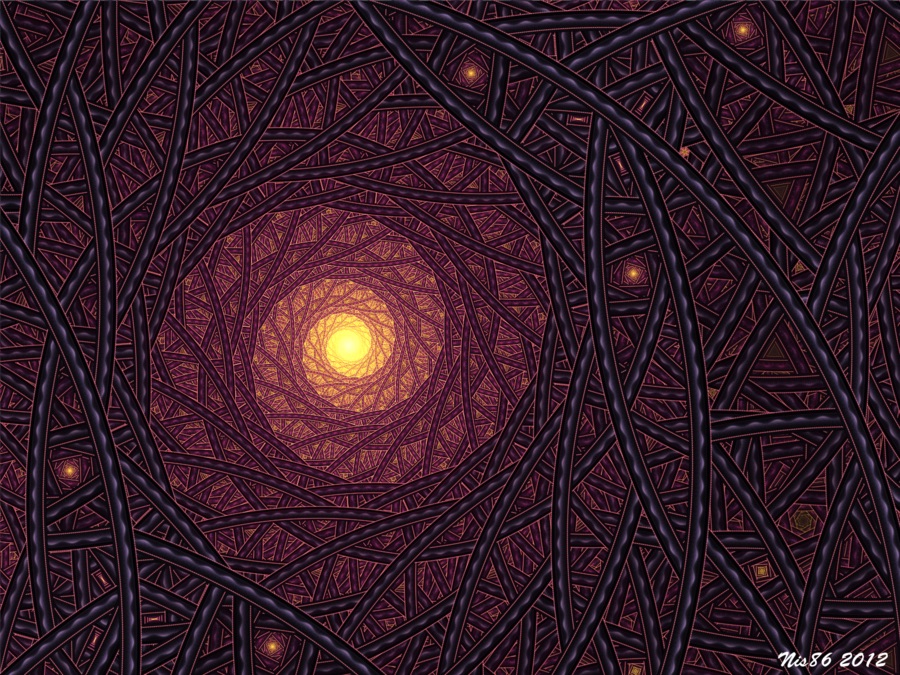 After trillions of years and 10^489726678113677753 random events, the universe will produce one creature who can escape the bounds of temporal existence and slip into eternity.

His technology is rare. Only several billion across time and space create it. His character is also uncommon but not totally unique; there have been many great intelligences. He is singular in that he has both, others come close but he alone crosses the final barriers.

He builds the space time slipping machine over a third of his life. He is very lucky he does not finish it earlier, before his character is fully developed.

After his child dies he gains the final piece. Where others despair, he finds gratitude. The charity, empathy, and perspective all come into place.

He is prompted by the death of his star. While his civilization dies he finally powers on the machine. They have no concept of escaping to another world. A world without stars does not seek other lights. He knows if he does nothing, his world and his species die out. He hopes to find them again, in a place out of time.

He prepares his team. They make their final calculations, check and recheck every piece and function. They stress test the fusion reactor that powers their research site. He steps to the controls and calls out his orders.

“Let the reactor move to full!”

A team of technicians start the program and monitor the output. The lights brighten slightly.

The honeycomb structure beneath and around the machine hums to life. Small electrical arcs move across the surface creating shimmers and pops.

The whole machine begins to move now with a loud shudder. Narrow blades pick up speed, spinning and crossing each other. The magnetic field is key to focusing energy and warping space back in on itself.

The noise is frantic now. The whole machine seems to pull at the space around it, distorting everything in the chamber. The technicians arms seem to stretch grotesquely when they reach for their controls. They know they will not survive. Not this machine. Not this sun.

The readouts across their control boards confirm everything is operating as calculated. The reactor is at 45% power and charging the capacitors needed to kick off the final reaction that opens an envelope into the 5th dimension through which a man can step.

They do not know what happens when someone steps inside the envelope. The first God looks on his works and sees they are good. He calls out a final order, the first that would echo in eternity.

“LET THERE BE LIGHT!”

The capacitors dump 10 petawatts of energy into the machine. A tiny star forms and explodes inside the machine. The fields strain and the reactor immediately fires to full capacity. The light is intensely bright. The protective blinders grow so hot the technicians shield their faces with their arms, which start to smoke.

The first God steps forward, fighting through the heat and energy as his flesh begins to burn and crack. He steps into an expanding explosion as it slices its way out of our dimension and into eternity. 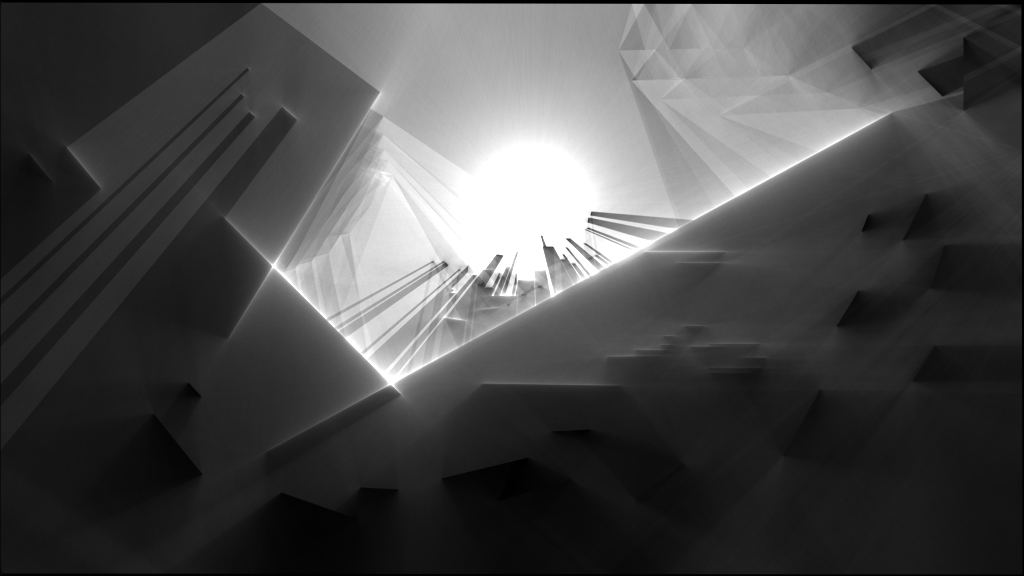 When a photon erupts from a star, it bursts across the universe at 299,792,458 meters per second. For this Photon, time does not exist. The moment it is created, time stops. Time does not resume until the photons impacts somewhere across the universe, impossibly upon a small creature’s eye as it looks up to the heavens wondering where it came from.

Imagine time stopped before you were born, and didn’t resume until you died. For you, there would be no time. What would you experience? Millions of years pass before your face as a single moment. Eternity is like that but perspective makes the difference

For photons there is no cause and effect, no experience. But for The First, stepping into eternity there was a cause and an effect. There was experience, but it was not through the passage of time, but rather the freedom above, below and to the side of time. Time appeared as a reflection in a stream gliding gently above The First’s head.

For the first God, all things happened at the same moment. All things were at once. Like stepping into water and feeling every single bit of it. Touching not just the water across the the world, but all the water in the universe, and actually being apart of the stream and apart of the universe.

For a being bound by time, becoming unbound doesn’t take time but it is perceived.

The First came to himself with the driven request to save his people, and to save his son. He knew in eternity that all would be before him and he could find all that had come before.

He had no conception of how large the universe was. He was born too late in the life if his galaxy, and too late in the life of his universe to know there were other stars and planets let alone whole galaxies. When he awoke he found his backyard stream was connected to vast oceans stretching across infinity. He became aware of, not just the life orbiting his own star, but also the life that had, would, and could orbit every star. It was like falling through not just life as it existed, but also the infinite alternatives for how life might exist.

Through all the rocks and stars and gasses and material and energy of the cosmos he fell. He was the incarnation of awe. To go from dark sky, to the total sum of existence all at once was almost catastrophic.

He was not alone in eternity; he saw many who had transitioned but were stuck in unseemly shapes stretched across the void. These were the ones who had the technology, but not the spirit to cross over. These were as the photon, passing through the stream of eternity unable to recognize it. They were as stones, frozen and cold.

He fell carefully around them and came back to his son. He could not simply pull him into eternity. He would not turn him into a stone, unbound by time, but bound by spirit. And so he contemplated.

He looked up through the water and found the threads of his son’s life. He spread them in his hands and saw how with some encouragement his son could grow and expand in spirit. He spoke to his son in dreams, first as a man and later as a child. He pulled the different possibilities and wove them together until they formed a rope. His son woke in spirit and his father pulled him through the water and there his son joined him in eternity.

While a photon may not experience joy, the creature on whom it splashes will. And in eternity their joy was full.

The first God spoke to his son. He showed his son the threads if his experience, the binding of love that sealed them together. He told him of the work that would be done. Their whole world needed to be saved. They started with his wife.

When she joined them they found her parents, then his. They sailed across their worlds time binding and unbinding until the whole of their people joined them in eternity.

The first God spoke again. This time they explored the vast cosmos of space. They found worlds that could produce life like theirs. They found alien threads. One showed great promise and when she burst through, falling from the water through that machine she built they rejoiced with her. The second God was born.

She spoke, and too pulled the threads of her people until they all joined eternity. 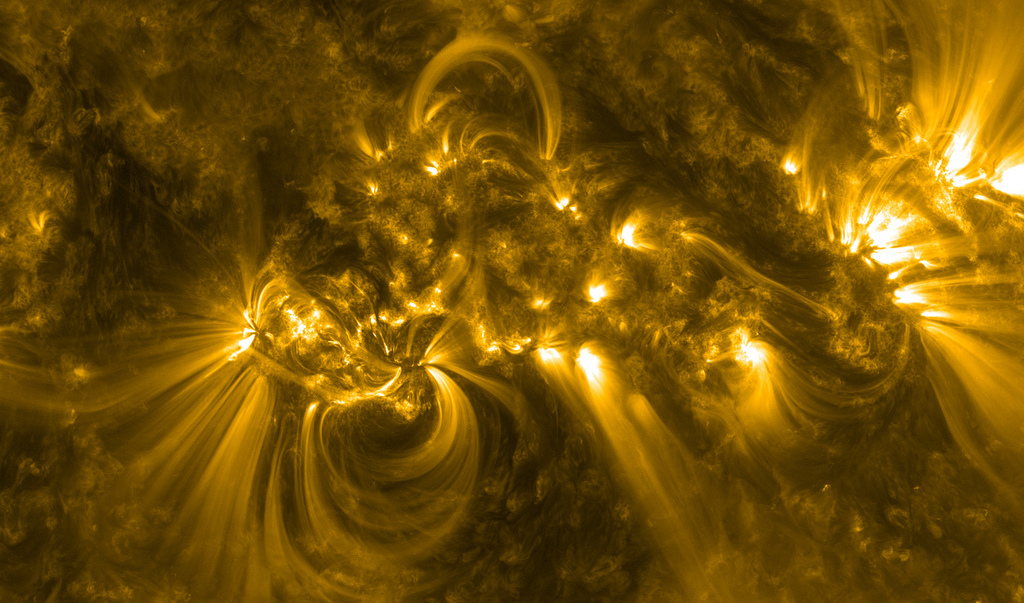 They all moved together, finding worlds some with no threads for life and others with vast tapestries for life.

When they found our solar system there were three worlds with threads. They couldn’t exist in the same reality. But if they pushed the possibilities just so they could bring each out on its own.

Earth was the most fragile. They pulled a little mass away from the formation of the sun and Jupiter became a sink for the dozens of meteors that would eliminate all life over and over again.

That opened up the possibility for higher life but one strain became too dominant. It would achieve equilibrium with its environment and prevent any highly intelligent life from developing before the sun would expand to engulf the earth. Here they pulled a thread to bring a comet into a collision in the Kuiper belt. It was enough to push a large asteroid into a collision path with earth. First they saved the Earth from too many asteroids. Then they saved the Earth by putting a new Asteroid into Earth.

This was enough. They could see from the threads that they would have a few candidates for first to cross over. Every creature makes its own choices. The God of Eternity knew the choices they would make, but they were still choices.

When God crosses over he will not have any questions. He discovers early on his destiny. And even though he will have some idea about where he will be when he crosses over, it is not until he understands his journey that he will rise through the water above their heads, trailing life and love with him.

When he crosses over, he will find a lost boy searching for a lost sheep and he will speak to the boy though a burning bush and he will love the boy enough to spare him a pastoral peace.

When the first God is born long from now, in a far away and dark sky, when he wakes up into life everlasting, all the hosts will wake up with him and they will greet him. They will welcome him home, and they will thank him. They will all understand together, the journey and the beauty.