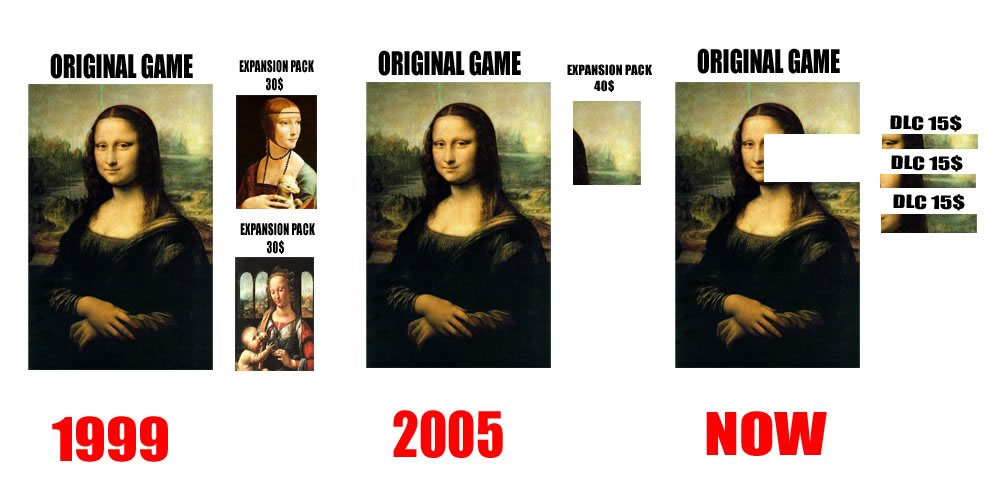 The monster known as DLC

When an app is released and people love it, they buy it and everyone is happy right? Well no, because there are bugs, and people want extra features, and the dev didn’t have a chance to build all the things they wanted. They keep working and make a new version.

Now there are a bunch of users who already paid for the app and a new version. The new version goes out, existing users get it for free and maybe the app gets a little bump in downloads from press.

From a time investment standpoint the new update probably isn’t worth it. The incentives are messed up.

Video game companies are tackling this with DLCs. But gamers feel nickel and dimed. There has to be a better way to get consumers and developers on the same page.